Andrea Ariel Dance Theatre creates original, multi-disciplinary dance-based performances centered at the heart of our human experiences. Inspired by the poetic and everyday elements of life, the company engages in a collaborative, ensemble-based process to explore personal, social, political, and environmental issues with inquisitiveness and imagination. We cultivate inclusive creative opportunities for diverse audiences and participants through performances, community projects,

Andrea Ariel Dance Theatre creates original, multi-disciplinary dance-based performances centered at the heart of our human experiences. Inspired by the poetic and everyday elements of life, the company engages in a collaborative, ensemble-based process to explore personal, social, political, and environmental issues with inquisitiveness and imagination. We cultivate inclusive creative opportunities for diverse audiences and participants through performances, community projects, classes, workshops, and educational and training residencies.

Over the last thirty years, Andrea Ariel Dance Theatre has presented bold and energetic performances that celebrate the spirit of human nature and grow from asking timely questions about our experiences in contemporary society. Andrea Ariel, Artistic Director, founded the company in 1990 to develop and promote artistic projects that cultivate an inter-relationship between artistic creation and the community. Based in Austin, Texas, AADT has presented over 50 new works, hosted countless community and educational programs with youth and adults, and has provided opportunities for the development and presentation of hundreds of artists from diverse disciplines. Praised as exhilarating, sophisticated, and beautiful to watch, AADT exhibits a distinct movement style that brings together contemporary dance and devised physical theater with original, live music and multimedia. Driven by a passion to confound form between disciplines, the company engages in collaborative projects of the highest caliber involving composers, musicians, singers, actors, writers, visual and media artists as well as members of the community.

Our work has included original scores by the boundary pushing talents of line upon line percussion, Graham Reynolds, Peter Stopschinski, world-class opera singer Cheryl Parrish, singer/songwriter Patricia Pike, The Golden Hornet Project as a six-piece orchestra with operatic voices, and NYC composer/conductor Walter Thompson with an 18-member orchestra of dancers, singers, actors and musicians. Recent works include Rally, Locked-in, and The Bowie Project: A Rock & Roll Soundpainting bringing together a twelve-member ensemble collaboration between AADT, Austin’s Bowie tribute band Super Creeps and NYC’s Strike Anywhere Performance Ensemble for a one of a kind production that takes audiences on a dance, theatre and rock n’ roll journey through Bowie’s life and music in an exploration of identity (produced in 2014, 2015, and 2017). As a Certified Multi-disciplinary Soundpainter & Educator, Andrea Ariel is well respected for her innovations with this unique sign language for live composition using structured improvisation. She has worked with originator, Walter Thompson, since 1998 and has attended two International Think Tanks (Milan, Italy and Girona, Spain). AADT is the only company practicing and promoting Soundpainting in this region, which is now practiced widely across Europe in both professional and educational circles. AADT was recently selected as a 2019 Creative Ambassador for Dance by the City of Austin and represented Austin in Spain during her travels to the International Soundpainting Think Tank in Madrid.

Since the company’s inception, AADT has gained renown for large-scale, thematic works brought to life in specially tailored, on-site locations including historic downtown buildings, an abandoned warehouse, a former car-dealership showroom, city parks, and inside homes (empty and occupied). We have danced on twenty-foot ropes with fifty-gallon steel drums suspended from them, in dresses fashioned out of plastic amid a set of plastic trash, and beneath an overhead metal sculpture. We have achieved new heights with video design including the use of seven state of the art projectors for FLUSH in 2009. LUMEN (2016), a site-specific performance installation in the historic McKean-Eilers building in downtown Austin, brought inspiration from the work of minimalist artist Dan Flavin in a collaboration with line upon line percussion to explore the characteristics of light and space through movement and sound to create a dynamic relationship between all four elements in a unified sensory experience of perception.

In 2017 Andrea Ariel and AADT were honored with a special citation from the Austin Critics Table, The Sound and Vision Award, for accomplishments in the realm of dance, and a commitment to visionary cross-discipline work. In 2016 the company received the Site for Sore Eyes and Ears Award for invigorating collaborations of dance and music in site-specific performance. The company has also received twelve nominations and four awards for our work including LUMEN (2016), HEART (2014) and The Bowie Project: A Rock and Roll Soundpainting (2014, 2015, 2017) also named #2 of the Top Nine Big Bang Dance Concerts of 2015.

AADT is an Arts Partner with Austin ISD through our ARTSPLUS, arts-in-education program. This program has been held for over 16 years at Austin elementary schools including Brentwood, Barbara Jordon, Metz, Lee, Brooke, Decker, and Rawson Saunders. Our youth programs have included collaborations with the University YWCA as part of The Self-Portrait Project for at-risk youth at low-income housing communities at Fairway Village Apts. and Oak Creek Village Apts., and for women in recovery at the Austin Family House, Legacy Program. Other programs include Rosedale Community School for youth with severe special needs; Lake Travis, McCallum and Plugerville High Schools; Austin Theater for Youth; and St. Andrews Episcopal School. In 2006, Community Voices was formed to cultivate a unique contribution to Austin’s cultural arts and community by initiating innovative ways to interact with the public at large. The program invites community members to participate in free workshops that offer an opportunity for people to come together and be creative, share stories, have a dialogue, and meet new people in their community. 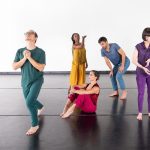