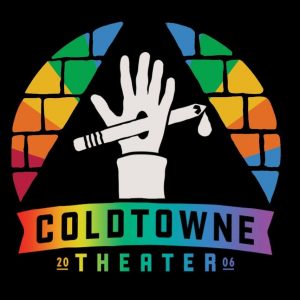 ColdTowne [Michael Jastroch, Arthur Simone, and Justin York] evacuated New Orleans in September 2005 and landed in Austin, where the improv community was already strong and gaining momentum. A local video store owner allowed ColdTowne to launch a Chicago-style long-form improv training center (the first of its kind in Austin) next door to his establishment.Soon ColdTowne was given the opportunity to produce shows at the space. Thanks to the success of see.hear.speak. (a three-day film, art, and comedy event), ColdTowne was given an “audition” to produce shows at a venue for a week. Test Pattern was a success and the group immediately began plans for the grand opening of The ColdTowne Theater.The ColdTowne Theater opened on October 28th, 2006, to a packed audience. ColdTowne Theater is Austin’s main stage for alternative comedy, featuring the funniest comedians in Central Texas. The theater is currently open 7 days a week featuring all forms of comedy: improv, stand-up, sketch, film, music, and much more. Nationally recognized acts perform here as well as the best local performers. ColdTowne Theater also runs a conservatory offering the most fun acting classes Austin has to offer.