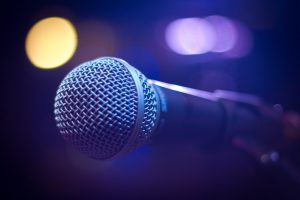 Gilbert & Sullivan Austin Auditions for Grand Production of “The McAdo”

ALL AUDITIONS BY APPOINTMENT ONLY
Deadline to Sign Up Friday, January 31 at Noon

All roles are open for casting, including principals and chorus. Auditions are approximately ten minutes long and are by appointment only. Auditions held at Abiding Love Lutheran Church – 7210 Brush Country Road, Austin. All performers will be compensated.

audition@gilbertsullivan.org to reserve a time slot.

See forms and other complete audition information at www.gilbertsullivan.org/auditions

Gilbert & Sullivan Austin announces auditions for its June 2020 Grand Summer Production of “The McAdo” by W. S. Gilbert and Arthur Sullivan (9 Performances – June 12-21). Michelle Haché will be Stage Director, returning after previously directing “Princess Ida in Concert” in 2019 and “The Gondoliers” in 2016. Michelle also starred in “Princess Ida” in 2013 and “The Yeomen of the Guard” in 2010. Jeffrey Jones-Ragona, returning for his 23rd season as Music Director, will conduct the Gillman Light Opera Orchestra. Bill Hatcher returns as Production Manager.

Those auditioning should memorize a song from Gilbert & Sullivan or something similar (aria or Art Song, English preferred) that will show their voice and range to best advantage. It is mandatory to provide a copy of the music for the accompanist. Please note that no unaccompanied (a cappella) or self-accompanied auditions will be heard. Although an accompanist will be provided, singers are welcome to bring their own if they wish.

About “The McAdo”
It’s the show you love, in a brand new setting! “The Mikado” has been moved to the highlands of Scotland and becomes “The McAdo.” Gilbert’s libretto and Sullivan’s score will be kept virtually intact, while the scenery and costumes will reflect the Scottish moors. It’s a farcical tale of a wand’ring minstrel, a cowardly executioner, an iron-fisted ruler, and some of the greatest songs in musical theater!