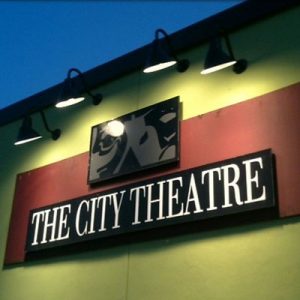 Posted by The City Theatre Company

When: August 12 – 14.
Where: The City Theatre.
Time: Saturday, 11 am – 3 pm. Sunday, 11 am – 12:30 pm. Monday, 5:30 pm – 7 pm. Ten-minute slots by appointment. Callbacks if needed. Show dates October 6 – 29, with rehearsals beginning the end of August.
Needed: No prepared monologue is needed. Readings from the show will be performed so be familiar with the script. British accents preferred. Sides will be available on the website a few days before auditions. You may be asked to stay beyond the ten-minute appt. time. Please bring headshot and resume. Casting all roles.

The Mousetrap opened in the West End of London in 1952, and has been running continuously since with over 25,000 performances. It is the longest running show (of any type) of the modern era. Written by the famous Agatha Christie, this murder mystery will have you guessing throughout and is known for its twist ending, which the audiences are traditionally asked not to reveal after leaving the theatre. The story: At Monkswell Manor, news on the radio reports that a murder has recently taken place in London. Mollie and Giles Ralston, the young owners of the once-regal estate recently converted into a guesthouse, hardly notice the news. They are far too busy preparing for the arrival of their first guests and concerned that the heavy snowfalls may prevent the guests reaching their destination. As the guests arrive safely and the Manor becomes snowed in, a policeman arrives on skis suspecting that one of the seven occupants may be the killer. After a second murder occurs in the Manor, Sergeant Trotter is convinced. Suspects include the young married couple, a spinster with a curious background, an architect who seems better equipped to be a chef, a retired army major, an unexpected visitor who claims his car has run into a snowdrift and a jurist who makes life miserable for everyone. During his interrogation, Sergeant Trotter uncovers the many mysterious secrets of everyone present, as he tries to solve the murder in true Christie style. Directed by guest director Stephen R. Reynolds.