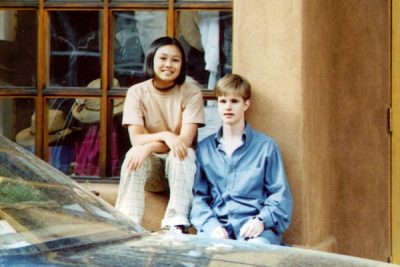 AFS Presents: Matt Shepard Is A Friend of Mine

The world renowned choral ensemble Conspirare is one of the treasures of the Austin fine arts scene. On February 20 they premiere a new passion by composer Craig Hella Johnson called “Considering Matthew Shepard”, which they describe as “a musical response to the tragic death of a young man who has become an American icon and a symbol for hope and empowerment.” In anticipation of the premiere, the members of Conspirare join us for a screening of the acclaimed documentary MATT SHEPARD IS A FRIEND OF MINE, with director Michele Josue in person.

About the film: On October 7, 1998, University of Wyoming student Matthew Shepard was brutally beaten, tied to a fence and left to die because he was gay. Years later, Michele Josue, a close friend of Matt’s, revisits the shocking case with never-before-seen photos and rare video footage, as Matt’s all-too-brief life is remembered through the vivid testimonies of those whose lives he touched, from the friends and family who knew him best to the bartender who saw him on the night of the attack. New revelations emerge in one of the most notorious hate crimes in US history, leading to a searing, poignant, and multi-layered biographical and sociological portrait. In the end, the notion of forgiveness–embodied in the moving and courageous final act of Matt’s parents–takes on truly heroic proportions.