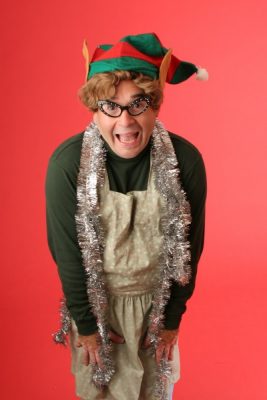 She’s no George Bailey! She’s no Ebenezer Scrooge! She’s a little bit spicier! She’s Rosita, aka “Abuelita!” Since 2006, this show has played all over South and Central Texas, and even made a stop on the West Coast at the Santa Monica Playhouse. Alexander Richard Garza  is overjoyed to return to Austin with a play written so lovingly about his family and, most importantly, Rosa Hinojosa, his maternal grandmother. The shows includes the same wacky and dear cast of characters, including Lucas, Pedro, Feliza, and who could forget…the pig ghost named Agapito. The show contains deleted scenes from the original 2006 production, and it will have just a little more music than before. Join Abuelita and company at the Ground Floor Floor Theatre. Two Performances Only! Saturday, January 2nd, at  8:00 p.m.  and Sunday, January 3rd at 3:00 p.m.  Ring in the New Year with a Tex-Mex holiday classic!