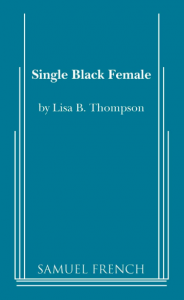 Ground Floor Theatre is holding auditions for Single Black Female written by Lisa B. Thompson and directed by Matrex Kilgore. Single Black Female is a two-woman show with rapid-fire comic vignettes that explore the lives of thirty-something African American middle-class women in urban America as they search for love, clothes, and dignity in a world that fails to recognize them amongst a parade of stereotypical images.

Auditions will be held at Ground Floor Theatre (979 Springdale Rd Suite 122) on Tuesday, December 10, 2019 from 7 pm – 10 pm by appointment only (contact info below).  Please prepare a monologue and be ready to read from the script.  Auditioners should bring a resume and headshot with them.   Ground Floor Theatre is committed to inclusivity and as such unless specifically called for in the script, we cast without consideration to ability, race, ethnicity, gender identity, sexual orientation, size, or shape. One actress has already been cast.  Decisions about roles will be made after 2nd actress is chosen.

We are hard to find.. please watch this video..  you’ll be glad you did.