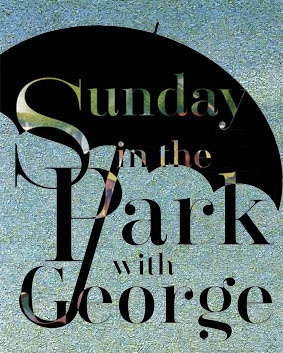 Sunday in the Park with George

The Armstrong Community Music School joins Austin Shakespeare to present a staged concert of Stephen Sondheim’s Tony Award-winning Sunday in the Park with George. This stunning musical, based on a masterpiece of Impressionist painting by Georges Seurat, A Sunday Afternoon on the Island of La Grande Jatte, brings the characters in the painting to life with a richness, humor and depth to match Sondheim’s music. Featuring Greg Holt and Kara Bliss.

Music and Lyrics by STEPHEN SONDHEIM
Book by JAMES LAPINE
Originally Directed on Broadway by James Lapine
Originally Produced on Broadway by The Shubert Organization and Emanuel Azenberg by arrangement with Playwrights Horizon, Inc. New York City which produced the original production of “Sunday in the Park with George” in 1983.
SUNDAY IN THE PARK WITH GEORGE
is presented through special arrangement with Music Theatre International (MTI). All authorized performance materials are also supplied by MTI.
421 West 54th Street, New York, NY 10019

The Long Center for the Performing Arts , Austin, TX 78704