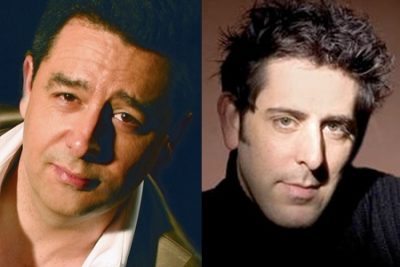 Paris-born guitarist, composer, and producer Marc Antoine picked up his first guitar at age 11 and began his formal music studies at the Conservatoire de Paris at age 13. Since then, the citizen of the world has lived and played all over the globe, working with artists and ensembles in numerous genres from the Reggae Philharmonic Orchestra to Sting, Queen Latifah, and Guru Jazzmatazz.

In 1994 he launched a solo career leading to multiple commercial hits and many nominations and jazz awards, including the honor of being named International Artist of the Year at the 2010 American Smooth Jazz Awards. Although he’s known mostly for jazz, Antoine’s style is exceptionally diverse and draws inspiration from a global spectrum of music.

American saxophonist Steve Cole is one of the most celebrated players in contemporary jazz, first making a name for himself in 1998 with two number-one hits on his debut Stay Awhile album. In addition to his work as solo artist, Cole has performed and recorded with artists like Junior Wells, Buddy Guy, Boz Scaggs, and has been a featured soloist with the City of Prague Orchestra and the Chicago Symphony Orchestra.

Cole is also a founding member of The Sax Pack. His latest release, 2014’s ‘Pulse‘, is a 10-song set mixing R&B, contemporary jazz, gospel, blues, and pop that he produced with fellow saxman David Mann. The new collection showcases the artist’s affinity for infectious melodies, a wall of horns, and soulful grooves.

For this event, all seats may be purchased with or without dinner. Ticket prices are: Prime: $65, House: $50, Side: $25. Service fees apply. Dinner is available at $28 per ticket.