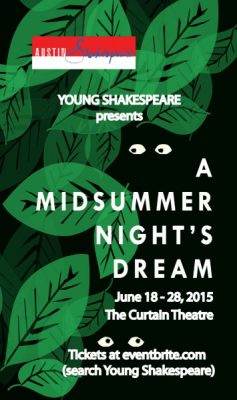 Presented by Austin Shakespeare at The Curtain Theatre

A Midsummer Night’s Dream is the story of four young lovers who flee the adult world to the forest where they are enchanted by the King and Queen of the Fairies. A group of comic workmen are also beset by fairies in this fantastical forest.