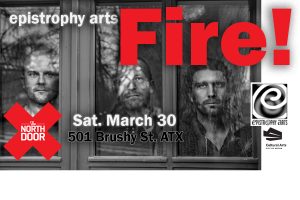 Presented by Epistrophy Arts at The North Door

ANDREAS WERLIIN
Born in 1982 in the vast snow of northern Sweden and raised in the small west coast village Strömstad. With improvised music at heart and drums as main instrument he is currently part of some well acclaimed and award-winning bands like Wildbirds & Peacedrums, Dan Berglund\’s Tonbruket and Loney Dear. He has also written music for theater and film.

JOHAN BERTHLING
Plays bass (double and electric) as main instrument but also uses guitar and other instruments. Active on the Swedish improvised scene since the late 90’s but doesn’t stay true to any genre: he works in all kinds music. Has worked as producer and arranger for many Swedish and some international artists. Works with his own group Tape, new group Ohayo, the Sten Sandell Trio, Fire! and Boots Brown, amongst others.

“A white-knuckle ride from start to finish.” -BBC Music