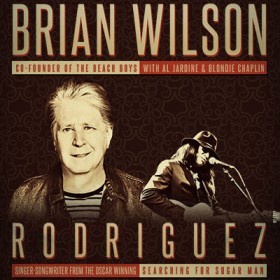 Music legend Brian Wilson will hit the road this summer with his band and will make a stop at The Theatre at the Frank Erwin Center on June 23. Wilson will perform songs from his forthcoming Capitol album “No Pier Pressure” as well as top hits and fan favorites spanning his 50-year career with The Beach Boys and as a solo artist. Rodriguez, star of the Oscar-winning documentary “Searching for Sugarman” will open the concerts with a special set. Brian will also be joined by former bandmates Al Jardine and Blondie Chaplin.