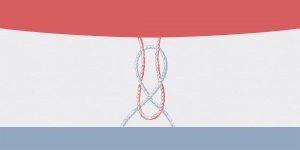 NMC is excited to present our first ever concert in a quintessential format: the string orchestra. Smaller chamber ensembles, such as string quartet, are often the “practical” choice for composers. However, if you can rally the forces, there is undeniable power in the dynamic and textural potential of a large group of string players. The co-op has been working tirelessly to bring this crowd of performers together and write pieces that will do justice to the ensemble format. Long time co-op member Brent Baldwin will conduct the ensemble and will also contribute a piece to the program featuring guest chorus Panoramic Voices. The centerpiece of our program is Arvo Pärt’s “Fratres” — a classic work of late 20th century music minimalism, without the usual trappings of unflagging pulse. Like many of the composer’s works, “Fratres” is a sublime and spiritual piece that seems to come from another time.

Arvo Pärt’s 1977 work “Fratres” (Brothers) has been described as a “mesmerising set of variations on a six-bar theme combining frantic activity and sublime stillness that encapsulates Pärt’s observation that ‘the instant and eternity are struggling within us’.” NMC will feature one of Pärt’s best known variations of the work for violin and string orchestra and percussion (1992). “Like Seeds of Light” by Andrew Stoltz for strings, percussion and piano examines the relationship of opposites, their common origins, reliance on each other for clarity and definition and the need to balance the two for a meaningful connection. Brent Baldwin’s “Song Without Words” (for strings, piano, percussion, and chorus) draws inspiration from Lynn Ward’s wordless novel of the same title. The tone poem depicts a woman’s anxiety over bringing a child into a world under threat of fascism. While written during during the reign of Nazi Germany, many of the sentiments hold true in today’s angst-ridden world. Travis Weller’s “Great Circle Route” reflects on the unlikely journey of a close family member and the stories we weave for ourselves and others.

Arvo Pärt (1935) is one of those composers whose creative output has significantly changed the way we understand the nature of music. Today, he is known for his unique tintinnabuli style, and although his earlier modernist works are perhaps less known to wider audiences, his entire oeuvre has shifted our perception of music. Regardless of nationality, cultural background or age, many people have been touched and influenced by the timeless beauty and deep spiritual message of Pärt’s music. His works are performed not only in concert halls, but over recent decades also in film, dance and theatre performances, and other multimedia texts.

New Music Co-op is a community of composers and performers from the Austin area dedicated to promoting awareness and understanding of new music. Since 2001 NMC has presented almost 50 concerts featuring close to 200 new works, many of them premieres. Notable New Music Co-op concerts have included two collaborations with Ellen Fullman and her Long String Instrument, the first complete US performance of Cornelius Cardew’s seven-hour epic, The Great Learning, a commission of a program-length work by Berlin-based composer Arnold Dreyblatt, a realization of John Cage’s Song Books, music for the extinct instruments of Luigi Russolo, Pauline Oliveros’ Four Meditations for Orchestra (with the composer in attendance), and a three-day series of the works of the New York School. The Co-op was named “Outstanding Classical Ensemble” for 2011-2012 by the Austin Critics’ Table. The New Music Co-op is a 501(c)(3) non-profit organization, and all donations to the group are tax-deductible.