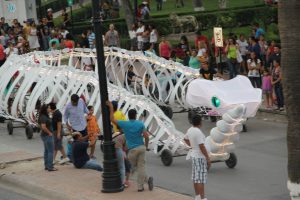 The most Amazing Parade and Festival in Downtown Austin that will include so many special attractions.

Day of the Dead is an important Latin American tradition that takes place on November 1st and 2nd. It is a time when friends and family gather to honor and remember loved ones – not through mourning, but through celebration! The origins trace back to the pre-Columbian era when death was viewed as a transformation or continuation of life. This ancient belief evolved into the modern tradition of commemorating loved ones with altars decorated with sugar skulls, flowers, photographs, favorite foods and memorabilia of the deceased. Family and friends share stories and memories, sing songs, and play music. In Austin, Mexic-Arte Museum has taken these traditions, continued some, transformed others, and created new expressions to produce today’s Viva La Vida Fest!

Present in this year’s Parade and Festival will be the Bike Zoo’s Larger Than Life Creatures, Including the Giant Rattlesnake, Butterflies, Owl, Eagle, Bat and all-new Armadillo!

The Bike Zoo’s participation in The Mexic-Arte Dia de los Muertos Viva La Vida Parade and Festival is supported in part by the Cultural Arts Division of the City of Austin Economic Development Department. 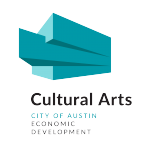 This event is proudly presented to the public free of charge