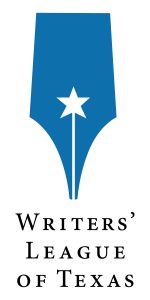 Presented by Writers' League of Texas at Austin Central Library

The Writers’ League’s April Third Thursday panel discussion will dig into the idea of citizenship and the ways that writers approach it in their work as well as the challenges they face when exploring this very personal and often political topic.

The Writers’ League of Texas is proud to partner with Austin Community College and other area organizations on The Big Read, the NEA-funded program community reading program. This April, ACC is hosting a series of events focused on Claudia Rankine’s award-winning, bestselling book Citizen.
The Writers’ League’s April Third Thursday panel discussion will dig into the idea of citizenshipand the ways that writers approach it in their work as well as the challenges they face when exploring this very personal and often political topic.
How does identity shape the way people’s citizenship is viewed by both the general and reading public? What are the different groups one can be a citizen of? How does one tell a story about moving between different groups? What issues are posed by translation and the ways that stories and poems include multiple languages? How do artists approach stories that disrupt a group’s sanctioned or “official” narratives?

Come hear what our panelists have to say about these challenging questions of citizenship.

Dr. Kathleen Brown is a historian working on a project about anti-war and peace activists (including artists and writers) in California during World War I. Her research has included examining citizen soldiers and moral injury in Clint Eastwood’s war films. She teaches at St. Edwards University.

Christen Smith is Associate Professor of African and African Diaspora Studies and Anthropology at the University of Texas. She researches engendered anti-Black state violence and Black community responses to it in Brazil and the Americas. Her work primarily focuses on transnational anti-Black police violence, Black liberation struggles, the paradox of Black citizenship in the Americas, and the dialectic between the enjoyment of Black culture and the killing of Black people. Her book, Afro-Paradise: Blackness, Violence and Performance in Brazil uses the lens of performance to examine the immediate and long-term impact of police violence on the Black population of Salvador, Bahia, Brazil and the grassroots movement to denounce and end this violence. Her more recent, comparative work examines the lingering, deadly impact of police violence on black women in Brazil and the U.S.

Irwin Tang is the author or co-author of four books. How I Became a Black Man and Other Metamorphoses is his first book-length work of fiction. Irwin’s latest nonfiction book is When Invisible Children Sing, co-written with Dr. Chi Huang, MD.  Irwin’s first nonfiction book was The Texas Aggie Bonfire: Tradition and Tragedy at Texas A&M. He is the editor and co-author of Asian Texans: Our Histories and Our Lives.  In 2006, Irwin Tang earned his License of Professional Counseling-Intern license. He works as a counselor, community college creative writing teacher, and independent writer in Austin, Texas.

Liliana Valenzuela is the acclaimed Spanish language translator of works by Sandra Cisneros, Julia Alvarez, Denise Chávez, Nina Marie Martínez, Ana Castillo, Dagoberto Gilb, Richard Rodríguez, Rudolfo Anaya, Cristina García, Gloria Anzaldúa, and many other writers. Her translation of Sandra Cisneros’s book, ¿Has visto a María?, was published by Knopf in fall 2012. The 2006 recipient of the Alicia Gordon Award for Word Artistry in Translation and a past Director of the American Translators Association and an award-winning poet and essayist, Liliana is also a dynamic performer—she provided the voice for the audiobook edition of La casa en Mango Street by Sandra Cisneros for Random House Audio. Her poetry chapbook Codex of Journeys: Bendito Camino was published by Mouthfeel Press in 2012. Born and raised in Mexico City, Liliana is an adopted tejana. She received a Bachelor’s and Master’s degree in Cultural Anthropology and Folklore from the University of Texas at Austin, where she lives and works as a reporter for ¡ahora si!