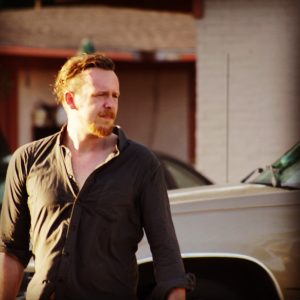 Ian Humphrey started writing in at age eight in a feminist commune spitting distance from the Mason Dixon. Later, in Baltimore City, he worked part time at a YWCA Woman’s Shelter, and squired a full contact jousting company at the MD Renaissance Festival. He studied fiction at Evergreen State College and University of Baltimore in between drinks and drugs, and when his last bridge burned he went into self-appointed exile floating through the South-West.

Since then he has drafted two novels and developed the up and coming magixploitation podcast, Under The Shroud.