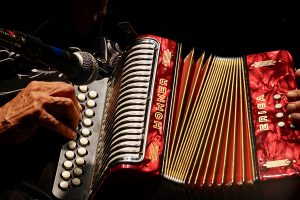 ADD IT
Click to bookmark this listing
La Peña proudly presents:
Viva Conjunto!
A photo exhibit by Bob ZinkFeaturing Conjunto musicians from San Antonio to Austin and surrounding areas. From backyard dances to bars and dancehalls capturing the unique spirit between the dancers and the musicians with their colorful accordions and baja sextos.

Free and Open to the Public.
Refreshments will be provided.
ABOUT BOB ZINK

View more
La Peña proudly presents:
Viva Conjunto!
A photo exhibit by Bob ZinkFeaturing Conjunto musicians from San Antonio to Austin and surrounding areas. From backyard dances to bars and dancehalls capturing the unique spirit between the dancers and the musicians with their colorful accordions and baja sextos.

Free and Open to the Public.
Refreshments will be provided.
ABOUT BOB ZINK

On February 9, 1964, I took my first photo of a musical group. I sat on the floor of my family’s living room in Corpus Christi and took a black and white picture of the Beatles performing on the Ed Sullivan Show – camera used: Kodac Instamatic.

Growing up in Corpus Christi, the Lonesome Coyote was a favorite music bar. During breaks you could walk across the road to Moravian Hall to hear German, Czech and Polish bands performing. Also the Sunday TV show, Domingo Pena, featured all the south Texas Spanish bands. The accordion was the prominent instrument in all these bands. In 1979, we went to the Bayfront Auditorium to hear Esteban Jordan debut his record Canto Al Pueblo.

Formal instruction on using a camera came from one semester at Southwest Texas State University in 1973 using a Yeshiva – A. The majority of that course was learning how to properly load the film. Being somewhat “Old School,” I currently shoot a digital camera but almost always with manual lens.

My first photographs in Austin were taken at the Armadillo World Headquarters. Roy Buchanan and Earl Scruggs were the first shows that I attempted to photograph. I was hooked and have been photographing bands ever since. A few highlights were when Pat Knight of La Zona Rosa and I went to the San Antonio Conjunto Festival to book Steve Jordan and Valeria Longoria to play at La Zona Rosa. Valeria once invited me to a filming at a “Ghost town with BIG cameras, Bobby.” It ended up being Gruene Hall. Later I got an opportunity to photograph Johnny Degollado for an upcoming recording…”Meet us at the 290 flea market. We play Sundays 3:00-6:00.” The band was playing as I walked up and immediately stopped performing to put on matching shirts for the photo shoot….the recording ended up as a cassette. More recently, Austin’s Los Pinky’s utilized my photo for one of their CDs.

I am a fan of numerous genres of music but Conjunto is one my favorites. It’s that accordion that just kicks the music up a notch. Not only do I enjoy the music but the people who attend the dances show their appreciation of the music by dancing the bolero, cumbia and polka and are so much fun to watch.

Thank you to Cynthia and Lidia Perez as well as Fernando Munoz of La Pena Gallery for giving me the opportunity to show my photos of the Conjunto culture. In addition, I’d like to thank Leea Mechling of South Popular Cultural Museum, Dana Burton from Miller Images for all her work making my photos look fantastic, Piper Lemoine and Baldomero Cuellar of Rancho Allegre, my wife, Jan and daughters, Catherine and Suzanne for their support.

Thanks to all the musicians, club owners and everyone associated with the music scene in Austin and surrounding areas for allowing me to document and share these images.

Don’t forget to tip the bands. As Santiago Jimenez’s bajo sexto player said while playing at Carnitas Uruapan in San Antonio, “I’d love to come play in Austin but I have to buy a tire first.”

Oh yeah! Down in front!

ABOUT LA PEÑA
La Peña is funded and supported in part by the City of Austin through the Economic Growth & Redevelopment Services Office/Cultural Arts Division and by grants from the Alice Kleberg Reynolds Foundation, the Texas Commission of the Arts, CoYoTe Phoenix, and an award from the National Endowment on the Arts, believing an investment in the Arts is an investment in Austin’s future. Visit Austin at NowPlayingAustin.com. 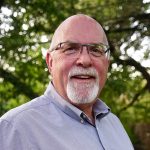 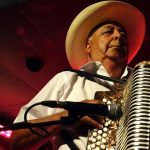